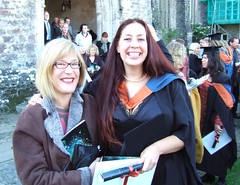 Reasons to be cheerful
Originally uploaded by kai kane.

Marcus is maintaining the rage over the closure of his old college. There is much to be said for colleges like this … in fact, for those of us who were lucky enough to go to university/college and enjoy it, tend to have a soft spot for the campuses of our youth. And while I don’t have a connection to this college, the plight of Dartington is being replicated around the world … and coming soon to a college near you.

There are some great stories now appearing on the “official” Save Dartington College site. The students past and present speak of drive, growth and curiosity — qualities that are frighteningly absent in many of the graduates that I meet in interviews these days.

There is more at stake than short term costs … or medium term investment. These institutions become part of the fabric of our lives … they teach us to engage with the world of ideas. And we will be the poorer for their demise.

Following on from the 5 things meme, the super-clever Mack Collier has come up with an alternative … the idea is to identify FIVE blogs that you think are NOT getting the link love that they deserve — and then send a little their way. Best of all … you start with Mack’s original five.

The Z-list, by the way, is no reference to any ranking mechanism — in fact the plan is to try and befuddle Technorati at least a little. OK … so here are Mack’s + mine:

Serial Thoughts — Diana has a new job and her blog is rocking along! Some great energy and planning insight from Romania!

Mindblob — OK … I am sure Luc gets more traffic than many of us, but there is a reason. Not only is he clever, he is also rakishly handsome!

BizandBuzz — Not only does Gianandrea share some great ideas and contribute to the global conversation, he also does it in English. Puts us all to shame, really.

DatingPro — Julia is prolific — not only does she bring some amazing thinking into the Dating Website space, she also pops up all over the blogosphere.

Over the last few days I have wanted to comment on a number of my favourite blogs, but have been unable to. At first there were a couple of strange commenting errors, but then they became worse. Everytime it seemed that I was coming up against a greater level of spam filtering.

I wanted to nominate this post by Paul Coleman as November’s post of the month and to add a witty comment to David Armano’s post on Microsoft Design. I also had some suggestions for KG’s reading list, random thoughts on conferences for CK and a little excitement for Jackie and Ben’s new book. There was, of course, plenty of nerdy Second Life action that needed some input — And what is WORSE … there are many other things that I have forgotten, now.

I whinged and complained to Typepad. I sent desperate emails to some of the authors of these blogs asking to be let back in. And then I even found blogs that DID NOT ACCEPT COMMENTS (one for YOU Angryman) — who else but Seth does that?

It made me realise how important it feels to be PART of the blogosphere conversation. Even when I visit A-list sites (rarely) — noticing how FEW comments they attract — I often drop a line or two of comment. And when I find a new site that appeals to me, I will also seek to engage with the author or the other contributors.

It is funny, because there are many posts about STARTING to comment on sites and the pressure that you feel in the lead up. But after a while, blog commenting becomes as natural as an offline conversation … so to find yourself silenced can cause COMMENT ANGST.

Has anyone else been black balled? Or is it just me?

At least I can still rant here … until Typepad lock me out of that too!

Thanks to DA for the idea for this post 😉

You know that your industry is maturing when IBM decides to take an interest in what you are doing. Sure the worldwide games industry has greater revenues than Hollywood, but there is still plenty of growth to come.

This presentation on the IBM website looks at the history of video gaming, the technologies behind the latest advances and how the idea of gaming is revolutionising the way that we work, play and learn.

They even have a Game Tomorrow Blog … in case you want to “join the conversation”. Looks like there is a smattering of content, and they are looking for more contributors. Check it out. 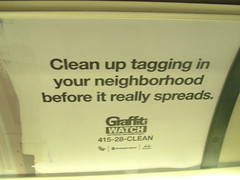 Tagging will hurt us all
Originally uploaded by miss_rogue.

I have noticed a few taggings happening across the world famous Interweb over the last couple of weeks … It can be fascinating to watch the way that this type of wildfire-viral works … and fun to be involved. Each person who is tagged has to divulge five personal things that most people don’t know. You then have to tag five others.

So now it is my turn … I have been tagged by Andrea Learned — fellow contributor at the Daily Fix, original pink thinker

and guru on marketing to women. Andrea also writes a mean email 😉

So my five things:

My brother is starting out in business for himself, and as we have begun talking through what he needs to do to begin marketing himself, I realised that there is much that I know that I have not shared with him. For example, he doesn’t know much about my work and the way that I go about my business … he reads my blog but confesses that he understands very little … and even when I try to explain concepts I can see him nodding while glazing over.

I have been fortunate enough in my various careers to have been given opportunities that have expanded my knowledge and skills. Often I have taken an approach from one discipline (say organisational design) and applied it to another with great success (say branding). And always, I have tried to break down processes so that the clear next step can be discerned.

So when I read Russell Davies’ recent call for propositions on maple syrup for his Account Planning School of the Web, I was reminded of how easy it is to forget the basics. And after coming up with a proposition or two … where do you go? For me … I go to key themes and messages. From there I go to in-depth audience analysis and segmentation. And then to a fuller campaign or comms plan. I also have a rather groovy individual initiative plan that helps plan each piece of communication in a modular way … but woah — I am getting way ahead of myself.

In order to help my brother out, I decided to put together a little template that tries to explain how to build your key themes and messages. It is only a template … so you still have to do the hard creative work yourself — but it is a structure that you can work with. It is free for you all to take and use as you see fit — and if you have additions or things that I have missed, please let me know.

Oh yeah … and if you find this useful let me know and I will do up some others that help make sense of the way that we communicate.

KG over at Write Now is Good has a post on Billy Idol’s new Christmas album. This is one album that I never saw coming.

Not only that … there are links straight through to Billy’s MySpace page.

What strikes me most about this is the decision of an artist such as Billy Idol to produce a Christmas album. When I was recently visiting the Hunter Valley I was could not believe the number of times I heard Rod Stewart being piped through the speakers of the wineries, cafes and art galleries. He was omnipresent.

Now I must admit I have never been a Rod Stewart fan — but the middle of the road jazz of Rod Stewart was pushing me over the edge. Now the question is, will Rod be bumped from the podium by Billy? Perhaps. Will I like it? Hmmmm. I don’t know … Billy Idol in a suit — It just feels wrong.

But as KG says, perhaps that means it is just soooo RIGHT.

What is it that you say to recruiters when you are looking for a new job? What is it you say when you are selling to a new (potential) client? How many buzz words do you use? Do you tell it straight?

I was reading through Valeria Maltoni’s ConversationAgent blog and found a link to MarketingHeadhunter.com where there is this funny YouTube piece featuring George Carlin. There are plenty of other interesting posts as well … and as I read it reminded me that interviewing (for a new job or a new client) is very much about the stories we tell. It is also about the WAY that we tell our stories. And of course, I still think that blogs are the new CV … they allow a little more colour before and after the interview/sales pitch.

Blogs provide an insight into the way that we think and act. They provide concrete examples of intangibles … and this is the same for individuals and organisations. So while corporate blogs are still in their infancy, they do have a very important function … they DEMONSTRATE the way in which you tell stories, they are the medium THROUGH which your storytelling unfolds, and they EXPOSE the way that you think about and interact with your clients and consumers. 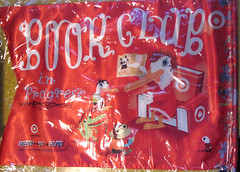 Captain CK has launched a new book club over at MarketingProfs and it sounds great. Over 500 club members regularly discussing books … potentially MUCH more.

It is global meaning that anyone can join up … and there is STILL time.

. There are already some good reviews by Mack Collier and Guy Kawasaki … but it will be fascinating to see how the discussion unfolds in the book club.

If you haven’t registered yet, there is still time! 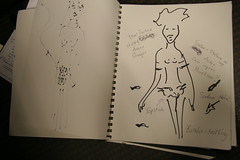 OK … this is hilarious. Perhaps there is potential here for next year’s Movember.

Really, this one is only for the brave.

But it IS funny.

AND there is a video.