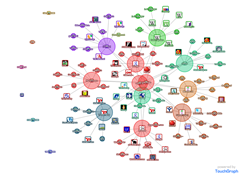 During a presentation recently by Steve Sammartino, I was reminded of one of the most simple human behaviours – the short cut. Put simply, Steve told us, with no inducement humans will seek a short cut, a loophole, or way around a roadblock. We’ll look to “game” the system.

I think this is, in part, why we sometimes struggle with social media.

But I think this is largely due to our narrow focus – to our desire to take a short cut. Think about Facebook. We think – in our marketing world view – that the best approach to grow a community or fan base is to target our customers. BUT that isn’t social – that’s broadcast. That is assumption writ large. The underlying assumption is “I’ve got something for you”.

And taking a purely social mindset, clearly the answer is to serve our customers friends.

Facebook and ComScore have teamed up to provide a new service called Social Essentials. If only 16% of branded messages reach Facebook users in a given week, we clearly need a different approach – and Social Essentials aims to bring the network scale to bear on this problem. For example, Starbucks has 23 million Facebook fans. Sounds big, right? But those 23 million fans have 670 million friends. Now that is what I call reach! But more importantly, it explains and commoditises what we too often call “influence” (and no, influence isn’t your Klout score).

For the moment, Social Essentials seems to be about the measurement of campaigns, but there are big plans afoot. As FastCompany reports:

The service will, in the future, be able to track what kinds of products users are purchasing, what they were doing before and after seeing messages, and even what type of credit card was used–making it easier to conjure up savvy promotions that scintillate the particular pressure points of Facebook users.

Nike has called Facebook the “new TV” – and this new service sounds like it may just start delivering the digitally-verifiable reach that TV has claimed for decades. But it will become really interesting when this data is turned inside out and becomes available for real time targeting. I bet that’s what Google will be doing with Google+.

3 thoughts on “Don’t Target Your Fans, Target their Friends”