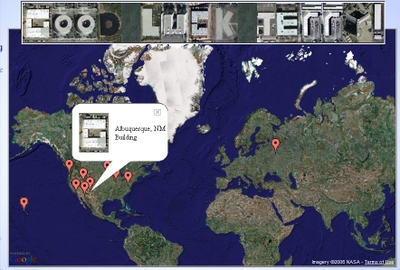 Next week, my friend Terry starts a new job. As you will see from his site, should you decide to link through, he is a very talented Flash game developer. Even for those of you who are not keen on playing online games, there is plenty to surprise and delight you. In fact, you may find that you can easily become addicted to his "simple to play, difficult to master"style of game.

Over the last couple of years, Terry has been working to build his site out, generate more traffic and create a game playing community … and he has done so to great success (more still to come I hope). One of the things that differentiates his games and his site is that he builds it for himself first, and for his grandma second. Well, not EXACTLY his grandmother … but ANY grandmother. Really, he wants parents and grandparents to feel comfortable coming to his site to play online games (either for themselves or with their kids).

Terry also listens to feedback. In fact, he asks for it. Then he uses this feedback to improve his site and his game design. Of course, not all feedback is incorporated, and there are exceptions … but the restless approach that he takes to improving his game design and programming is outstanding. I am sure that many of the lessons he has learned on his own site will hold him in good stead for the challenges that await him. Good luck!

Thanks to Karl Long at Experience Curve for the link geoGreeting!

One thought on “Good Luck Terry”