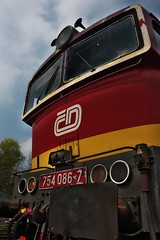 It has been over ten years since the Cluetrain Manifesto was published – and in that time, social media has transformed the way in which people communicate with each other online. Sometimes these online conversations are about life or work or politics – and sometimes they are about brands, the things we buy and how we feel about them. But no matter whether this “social” media is used for business or pleasure, rant or rave, it is clear that we increasingly live our lives in public:

So while WE struggle with what we loosely call “privacy” or “reputation”, corporations face similar challenges – having their identities prodded and poked and played with. The big difference, however, is that publishing tools and a raft of technologies have become easier to use allowing individuals to begin using them en masse. And in using them, we (individuals, consumers, employees) have colonised digital spaces well in advance of most corporations, creating whole languages, new jargon and rules of etiquette that would see the Emily Posts of the corporate world feeling rather faint. To thrive and survive in this social space requires corporations to speak like we do – to converse in tones that remind us of the coffee shop, the pub, the town market. The Cluetrain reminds us:

But learning to speak in a human voice is not some trick, nor will corporations convince us they are human with lip service about "listening to customers." They will only sound human when they empower real human beings to speak on their behalf.

It is against this context that corporations begin their process of rehumanising when it comes to social media. It is why they need not just guidelines, but training, re-education and advice. Today, Telstra, Australia’s largest telecommunications company, released its social media guidelines. It is a first step. And judging by the formalistic language used, there is a long and bumpy road ahead.

In my view, such policies should:

On the plus side, Telstra have made the guidelines publicly available. Now, if only they had released them under a Creative Commons license.