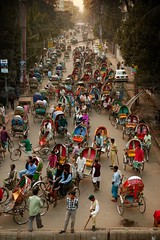 What would a Hero look like for our current times? Would she be bionic? Would he hide his face behind a mask? What about underpants — inside the tights or outside?

This afternoon, David Armano was twittering about how tired he felt. He claimed that if he was a super hero, he would be "Sleep Deprived Man" … on account of a number of factors — not the least being this. It is the draft of his upcoming MarketingProfs Webinar on Conversation Architecture. It is a great presentation that takes some of the ideas for which DA is known for and extends them further — peppering his ideas with real world samples that illustrate the concepts with real live communities.

As usual, DA does a great job of pulling together a compelling story, some great visuals and makes the linkage between the technology, the people who use it and the wider social and techical trends occuring at the current time. And it got me thinking … is there a way to add value here? What comment could I make that could build on such a comprehensive presentation?

So I left it … I thought I would wait and see if others left a comment first.

When I came back later I was in luck! John Young had stopped by and left a comment that got me thinking. He was prompting a discussion around "curated communities", and it immediately struck me that one of the joys and attractions (for me anyway) of Web 2.0 or the architecture of these emergent conversations is their chaotic nature. It is hard to see or know or predict the spaces in which a community will coalesce, the topics or channels they will choose or the timing of their arrival (and eventual demise). I guess this is partly why so many marketers are drawn to social media — not just as early adopters/triallers but also as active participants and "experiential shapers".

But there is more … the technologies which we are now taking for granted, with their open design and usable, mashable interfaces turn the conversations themselves into talking points. They allow us, as participants, to adapt and deploy them to our own ends … they let us babble and boast, play and perform … and they let us be serious and business like as the turns and twists of life demand.

I love the randomness that Twitter allows of fascilitates. I am fascinated by the interplay between and amongst different micro communities … it is like watching tides come in and withdraw. And I like the accidental and chaotic way that ideas spread, links are shared and pronouncements made. Sure there is dross (who cares what I am doing now?) … but there is gold there too.