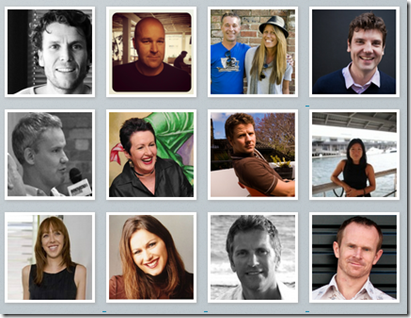 I have always been a fan of learning from others. Even as a child I would watch friends and family members get into trouble and then work backwards to find the first point of failure – the moment from which there was no return. As far as possible I wanted to make sure that my own mischief would not land me in trouble.

This sneaky, almost surreptitious, level of observation became useful in the corporate world, where failure can mean the difference between having a job and not. In the world of startups, however, failure is seen not as an end point, but as a building block for future success.

Next week, as part of Vivid Sydney, the Vivid Ideas Exchange is hosting FailCon – “a one day conference for technology entrepreneurs, investors, developers and designers to study their own and others’ failures and prepare for success”.

There are some fantastic speakers, including:

One of the things I like about this conference is that there are plenty of Australians speaking. Too often we feel the need to jet in speakers from overseas – overlooking that talent that is right here beneath our noses. Having said that, it is a conference about failure … 😉

For a short time, you can get a VIP pass to FailCon for only $52. Just use this SECRET LINK with the password FAILCONVIP.

Get your ticket before they are all sold out!