As interest rates continue to drop here in Australia, many of us struggle to understand how a decrease in official interest rates are not passed on to borrowers in full. And while there are, no doubt, solid, economic reasons and explanations for this state of affairs, consumers tend to disregard such information, relying instead on emotions and “gut reactions”. 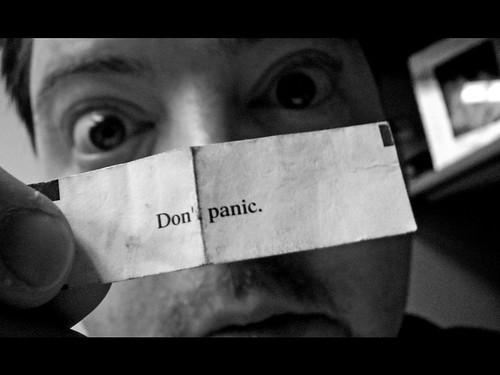 This places financial services brands in an unenviable situation – not passing on rate cuts risks the ire of their customers – while passing on the reductions would further erode margins and shareholder returns. But as with any crisis, there are also opportunities.

I have looked on with dismay as one bank after another clumsily executes a so-called social media strategy. It has been disappointing because social media is, arguably, the most effective way for financial institutions to combat falling levels of consumer trust – if it is done well, that is. By aligning with its customers’ desire paths, banking brands can begin to experience the benefits that come with social judgement. Thus far, financial institutions have shown little understanding of these social processes – but the latest online campaign from the folks at Amnesia are helping Aussie Home Loans take a STEP in the right direction.

Building on the Aussie Guarantee TV campaign where a mortgage broker jumps from a plane in search of a home owner who needs a better deal, the FreeFall Challenge replaces the TV commercial actor with a real, authentic mortgage broker, Duane Brown. So, come April 6, Duane will be strapping on a parachute and a tandem skydiver and taking to the skies. Where will he land? Well, the answer to that question could win you $3000. In a digital form of pin-the-tail-on-the-donkey, you have the chance to mark Duane’s landing site on a Google Map.

Knowing Iain MacDonald’s and Heather Snodgrass' fondness for social objects theory, a digital campaign from Amnesia would not be complete without an in-built object. In this case, you can use codes that have been distributed by social media sites such as Twitter, Facebook, Flickr and blogs to improve your chances of winning the $3000 prize (try using ib2lW2). You can also check out Duane’s YouTube channel.

There is much to like in this campaign, but as Tim Burrowes points out in the comments to this article, this is still deploying social media from a channel point of view – with the entry codes acting as a social object designed to bring cohesion to the whole. However, it is, as Joel Pearson suggests, nice to see some experimentation happening – especially in an industry not known for it. Next time it would be great to see the digital and social media folks involved at a strategic level so that there is a greater level of integration.

2 thoughts on “Mortgage Lenders in Freefall?”