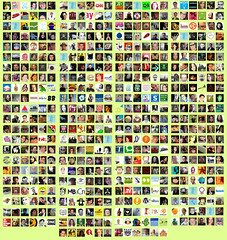 Ever since Twitter launched there have been rumblings around its stability. The service has exploded over the last year or so and seems to be hitting a new round of growth with tentative coverage of Twitter now reaching the mainstream. All this is great for Twitter. But success is a double edged sword — with greater reliance and focus comes higher expectations.

Over the last few days the rumblings have grown louder. Various technical problems saw the service up and down like a yoyo. Frustration within the Twitter community seemed to mount exponentially with every moment of downtime. And while we all understand technical problems, there was a missing ingredient — communication. During these ongoing problems there was nary an update.

This to me, signals a much greater issue than technology. For a company that builds its business model around COMMUNITY, it is essential that it takes care of that community and its concerns first.

Case in point — Arielgate (follow the link to read the details of Twitter’s refusal to deal with online harrassment). Now, while there are two sides to every story (or three in this instance), clearly there is a line that has been crossed here. And when it comes to community, opinion is going to come down on the side of the person who lives in, plays and contributes to the community.

Dealing with this sort of harrassment is not just about technology nor even about "terms of service". It’s about doing what is right by your community. And for a business that relies on building a community — it’s all about the future of your brand. That is, if you want one.

3 thoughts on “Note to Twitter – It’s Not About Technology”