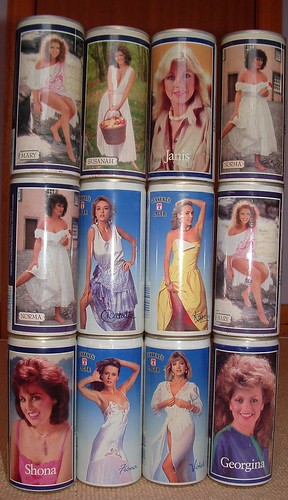 In his infinite wisdom, The Kaiser, from time to time, throws a curve ball at the blogosphere. Sometimes this involves creating and developing a character that storms our imaginations (and our RSS feeds) … and then just when we have become attached, engaged or entirely seduced, our digital friend walks off into the echoes of old Europe. At other times, Marcus audaciously calls forth the greatest market researcher in history. This time, however, the challenge is not The Kaiser’s alone … he has shared the challenge — asking a number of folks to claim and debate their favourite beverage.

My part in this challenge is to argue the merits of Lager, against British Ale (championed by Rob Mortimer). While the spirit of sportsmanship should dictate that I encourage you to go here to read Rob’s point of view, the desire to WIN makes me encourage you to simply go HERE to vote for Lager. This decision will be much easier when you realise that Lager is not just a beverage, but a complete way of life.

As wikipedia notes, although first brewed over 500 years ago, Lager continues to be the most popular beer in the world. It has transcended the role of social lubricant and has become a part of our popular culture. In many ways, Lager is the ultimate advertising opportunity but also one of its greatest challenges. It taps into our sense of place in the world, it occupies a point that both represents pleasure and danger. It has turned utility into art … as Tennent’s Lager Lovelies demonstrates. And it represents, for many, the point at which the logical gives way to the creative.

There is something undeniably refreshing about Lager. Whether it is due to its cold brewing approach or its crisp flavour — or even the fact that it is best consumed when CHILLED — nothing says “replenish my creativity” quite like Lager. By its nature, Lager encourages the poets in our souls … it gives us the famous “beer goggles” that simultaneously reminds us of our own sophistication, eloquence and debonair good looks while also proving that the world around us is populated by attractive members of the opposite sex.

Of course, for the academics amongst you, feel free to dig into the details of the difference between Lager and its lowly cousin, the British Ale. And once you have sated your thirst for knowledge, return HERE to vote for Lager. Remember, a vote for Lager will also make you more attractive to the opposite sex. Thank you for your support 😉

3 thoughts on “Lager: The Ultimate Beverage”