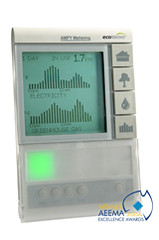 I have been watching a show on the Australian Broadcasting Corporation (ABC) called Carbon Cops where a team come into your house and assess how much carbon your household generates per year. And then, in reality TV makover style, they help you make the changes that will bring you down to earth (often with a thud).

It is quite amazing, but the average Australian household generates about 14 tonnes of carbon per year. That sounds like a lot (and it is), but some episodes have shown that the use of old 4WD vehicles can, in some instances, exceed this in isolation. Plane travel is another large polluter, with a massive amount of carbon generated by frequent flyers (especially those flying internationally).

Obviously those with jobs requiring travel have no way of reducing their carbon footprint without resorting to buying carbon credits in one form or other. Many Australian energy companies now have significant green power options allowing you to choose to draw your power from renewable energy sources … so this is a start. But one of the most interesting aspects of the Carbon Cops show is the energy monitors that they use to show households how much energy is being used at any point in time.

This funky looking model called the ecoMeter is made by a company called Ampy and it looks just like the model used in the show. As your energy consumption increases the lights across the bottom increase. Four solid squares and the colour changes from green to RED. What this allows you to do is to monitor your actual behaviour and to take steps to change it (isn’t this a marketer’s dream?). I have fired off an email to the Ampy folks to find out how much these babies cost … and while I am worried about my actual usage — I am sure there are plenty of steps that can be taken to bring it down — I just need to KNOW and understand my own pattern of usage.

The challenge will come if the cost is significant. One would think that devices like this, together with water tanks, would be a great way of spending some of the Australian Government’s massive budget surplus. In fact, it would be great if it was mandated that all new houses had to be fitted with similar devices (I am sure there are plenty of other good ideas around this).

Oh, and if you want to see how much carbon YOU create per year. Take a look at this calculator. And be afraid. And ashamed. I was.