As my regular readers will know, I am more of a storyteller than a visual artist. But I often find that one of the best ways of expressing my ideas will be in picture form. Unfortunately, my drawing skills are poor. Really poor. So this means finding an alternative way of working.

Where I always try to start is with the story. What is it that I am trying to get across to my audience? What is the starting point and where does the end point lie? What is the journey that we are going to take and what sights and sounds will we encounter along the way? I try to think of it as a train trip — something that has an EXPERIENTIAL element to it.

An essential aspect for me is the metaphor. What is the key theme that I want to apply … and what is the message? How do I build this up along the way? What are the rhythms I want to interject.

And once I have all this, I ask myself — is there some visual that I can use? Where can I find it? How can I bring my story with its key themes together around the visual? Normally I start with a Google image search based around my key messages. If that does not result in a winning image, I often go to Flickr and do the same. But every so often both of these great tools fail me. That is when I take a breath and think about my friends and community. I think blogs and I think Twitter. But rarely do I think Facebook.

However, when I was thinking about this post, I knew that there was an image that I wanted. I just needed to think where it was. And sure enough, I remembered. David Armano generously setup a fan page on Facebook some time ago and saved many of his well-known (and well-used) diagrams to image albums. This is one of them. Be sure to check this great resource next time you get stuck! 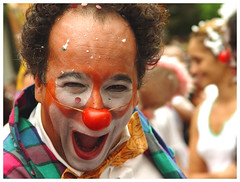 When I first started blogging I remember reading about blog carnivals — those group writing projects based on a set topic. Carnivals are hosted by an organiser, with contributors from all over the world submitting an overview and a URL to their post. They are a great way of discovering new blogs, interesting topics and writers who share your same passions. In many ways, The Age of Conversation book was a type of carnival.

Because carnivals are focused around a topic, they draw writers across a range of categories. This allows participating writers to be introduced to a readership that is outside of their normal stomping ground. This is important as it allows you to be influenced by ideas outside of your own sphere of influence but also opens the door for you to grow your readership.

For example, when I participated in a carnival a long time ago, I met Julia Dorofeeva who writes a dating blog. At first I couldn’t see the connection, but Julia’s thoughtful comments and analysis soon changed that.

So, how do you get started with carnivals? Sue Bride has a great post listing all the blog carnivals that you can participate in. If you are new to blogging, or want to immerse yourself in a whole new world of content, check out Sue’s list and get writing. 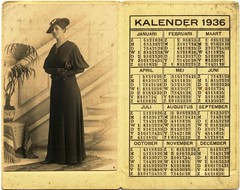 Late last year I was looking around for some music and happened upon a spectacular open source music project. It is the brainchild of Tamara who made the effort to write and record the vocal track for one song each month. These were then made available to the CCmixer community who would mix and engineer the tracks and then republish the finished track.

To collaboratively produce an album at the end of the year. Read more of the back story here.

What is interesting is to see the way that the community picked up on this collaborative effort and brought it to life. There is a real tenderness and excitement in the whole creative process. But what is the secret to this? How does it happen?

First up … any community effort or cocreation project must start with a GIFT. Without the gift of time, contribution, energy and sponteneity, cocreation cannot exist. In this instance, Tamara’s initial gift was her songwriting. Her second gift was her beautiful voice. The third was her time and care to record and share the tracks.

Next came the COMMITMENT. Tamara followed through each month to build and sustain the community. Around the world, people would wait, expectantly, for a new vocal to be released … and then would set to work, collaborating, building and refining their mixes. Comments and feedback would flow between the collaborators and remixes, additions and whole new songs would emerge.

To make this work, you also need a THEME. You need to find some way to harness the creative energies of diverse people. You must allow them into the process, and allow them to tell their own story as much as they tell yours. In open sourcing the vocal track, Tamara turned her single voice into a creative chorus.

Finally, you also need a GOAL. While these projects can be fun, they also need to be serious. By setting a deadline to the project (one song per month for a year), Tamara was able to build support over time. This would allow the community enough time to build and to get excited about the process and the contributions made.

So, if you are thinking of a kicking off a co-creation effort, remember the steps. Better yet, write them down in a notepad, skip over to Calendar Songs and write out a plan for how you will bring your project to life. Remember:

Oh, and make sure you have fun while you are doing it. Enjoy January!